Special Considerations for the female athlete 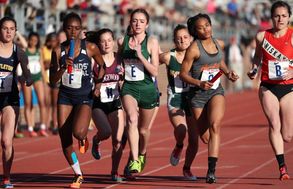 You may have heard that men are from Mars and women are from Venus, but what you may not know is that differences between men and women are encountered in sports as well. Female athletes can suffer from specific conditions not shared by their male counterparts. In addition, several athletic injuries are much more common in females than in males.

Examples of such injuries are stress fractures, kneecap disorders, anterior cruciate ligament (ACL) tears, foot ailments, and shoulder instability. Foot disorders are common in females and are usually related to improper shoe wear.  Stress fractures are 10 to 12 times more common in females than in men. They commonly occur in the legs and feet and are caused by overtraining. Decreased bone density from osteoporosis may contribute to this condition (more on this later). Females have a higher prevalence of ligament laxity than males and this can be a factor in kneecap pain, ACL tears, and shoulder instability. The alignment of the knee joint also plays an important role in kneecap pain and ACL injuries.

Females are two to eight times more likely to tear the anterior cruciate ligament during high-risk sports such as soccer, gymnastics, volleyball, and downhill skiing. This increase has been associated with certain risk factors such as joint laxity, limb alignment, ligament size, hormonal influences, muscular strength, and neuromuscular control.  Prevention strategies are currently under investigation but have yet to be developed.

Another special situation involving the competitive female athlete is irregularity or lack of menstrual periods. The onset of menses tends to occur one to three years later in athletes than for non-athletes.  Intense training regimens may also lead to irregular or cessation of menses, known as secondary amenorrhea. Although this may seem desirable to some, it causes a decrease in body estrogen and leads to decreased bone mineral density. This reduction in bone density may be irreversible and lead to stress fractures and eventually to osteoporosis. On the other hand, women with normal periods who exercise have better bone density than non-athletic women.

Eating disorders are much more common in female athletes and usually involve sports in which a lean appearance is desirable.  Examples of such sports are ballet, gymnastics, skating, and distance running. This problem includes anorexia and bulimia nervosa but also consists of over-restrictive diets and abuse of diet pills and laxatives.  Amenorrhea, osteoporosis and eating disorders are frequently associated and these conditions together are collectively known as “the female athlete triad.” This syndrome tends to occur in the most competitive athletes and is extremely dangerous. Poor nutrition has been shown to ultimately weaken the immune system and decrease athletic performance.

Athletic injuries can sideline both males and females, but understanding gender-specific issues in female athletes can be the key to successfully and quickly getting back to sport.

We know there is a lot of confusion and misinformation out there about what is open and what is closed in the state of Florida due to the current COVID-19 outbreak.

We wanted to offer some clarity for our patients who have upcoming appointments or are thinking about making one– currently, all of our offices are currently open for normal business hours!

Since we are treating existing patients as well as seeing new patients, we want to stress firmly that we are taking every precaution to minimize your chances of exposure to COVID-19.

We look forward to seeing you! If this information changes in the coming days/weeks, we will keep you posted right here, as well as on our Facebook and Instagram!

Since we are treating existing patients as well as seeing new patients, we want to stress firmly that we are taking every precaution to minimize your chances of exposure to COVID-19 and are following current recommendations set forth by the CDC.